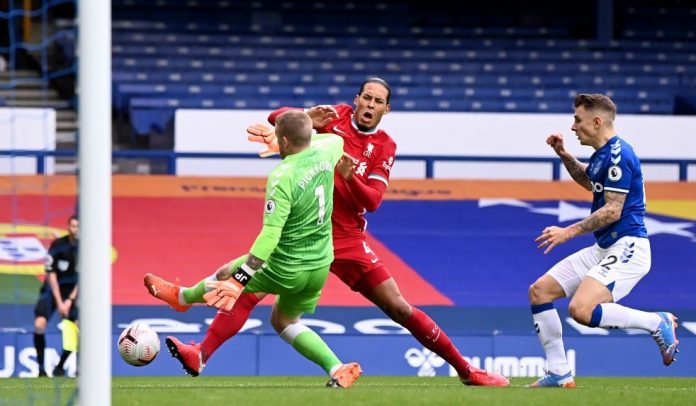 Liverpool defender Virgil van Dijk sustained an injury during the 2-2 draw against Everton in the Premier League during the Merseyside derby on Saturday.

Liverpool confirmed that the centre-back will under surgery and the extent of the injury is yet to be revealed by the club board.

“Liverpool can confirm Virgil van Dijk will undergo surgery on the knee injury he sustained during Saturday’s 2-2 draw at Everton,” a club statement started.

“Van Dijk was required to be substituted and further assessment on the injury has revealed an operation will be needed.

“No specific timescale is being placed upon his return to action at this stage.

“Following surgery, Van Dijk will begin a rehabilitation programme with the club’s medical team to enable him to reach full fitness as soon as possible.”

Liverpool will be without the defender for their next couple games including the Champions League game against Ajax, Sheffield United and Midtjylland.