« We Were Not There; We Were There But Didn’t Fire Bullets” – By Alexander Ubani | Williams Uchemba’s Wife Reveals How They Met »

Posted by Anthony Celestine on November 16th, 2020 Under HOME 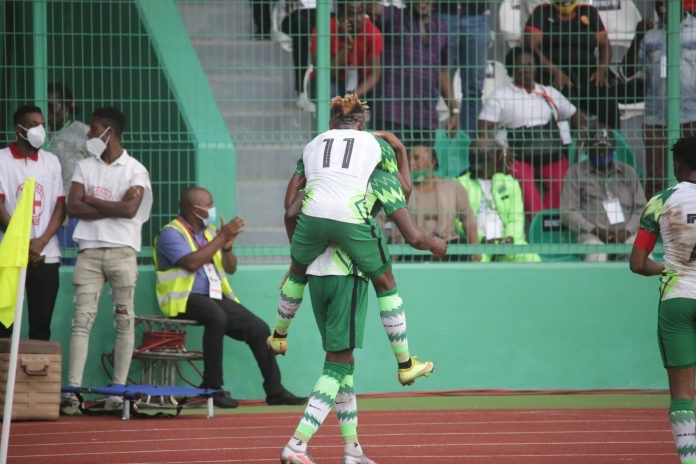 The Super Eagles of Nigeria are expected to hit Freetown Monday ahead of their second leg clash with the Leone Stars of Sierra Leone.

Gernot Rohr’s men have already undertaken their final training session in Nigeria before jetting out of the country.

The team will have a feel of Tuesday’s venue later today as they get ready to correct their poor show recorded on Friday at the Sam Ogbemudia stadium.

Sierra Leone fought back from 4-0 down away to Nigeria to draw 4-4 on Friday in their 2021 Africa Cup of Nations qualifier after a spectacular comeback in Benin City.

The Super Eagles were coasting towards a third win from three in Group L after racing to a 4-0 lead inside the first half-hour of the match.

Nigeria were left stunned as Alhaji Kamara completed an astonishing performance by his team with an equaliser four minutes from time.


« We Were Not There; We Were There But Didn’t Fire Bullets” – By Alexander Ubani | Williams Uchemba’s Wife Reveals How They Met »