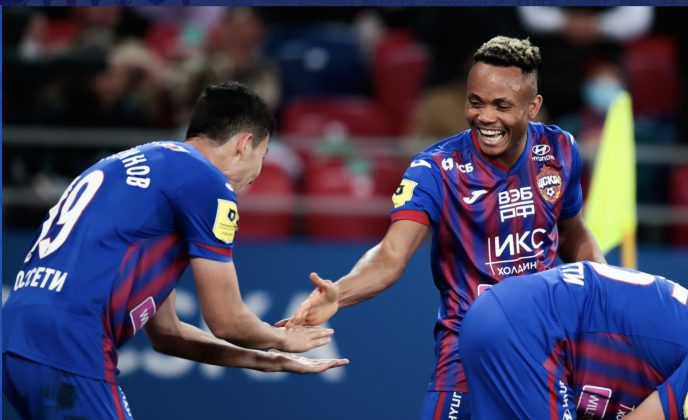 The 22-year-old forward went into the game having made his international bow for the Genort Rohr’s side in the 1-1 draw against Tunisia where he put up an inspiring display.

However, Konstantin Kuchaev put his side up front in the 51 minutes before Ejuke doubled CSKA Moscow lead after pouncing from close range as Dinamo Moscow failed to deal with Viktor Vasin’s free-kick.

Nikola Moro reduces the deficit for Dinamo’s goal on 57 minutes before Igor Diveev ensured three-points after capitalising on some awful defending from the visiting team with a cool finish.

The win took CSKA to third on 22 points and are just two points behind leaders Zenit St. Petersburg.

Ejuke turns his attention to Europa League when they travel to Austria to take on Wolfsberger AC on Thursday before visiting Arsenal Tula on October 26.