« Hoodlums Steal Obafemi Awolowo’s Glasses From His Statue | Orezi On Palliatives: No Hope For Nigeria Until Politicians Start Going To Jail »

Posted by Anthony Celestine on October 27th, 2020 Under HOME

The National Broadcasting Commission has been lambasted for sanctioning at least three television stations. 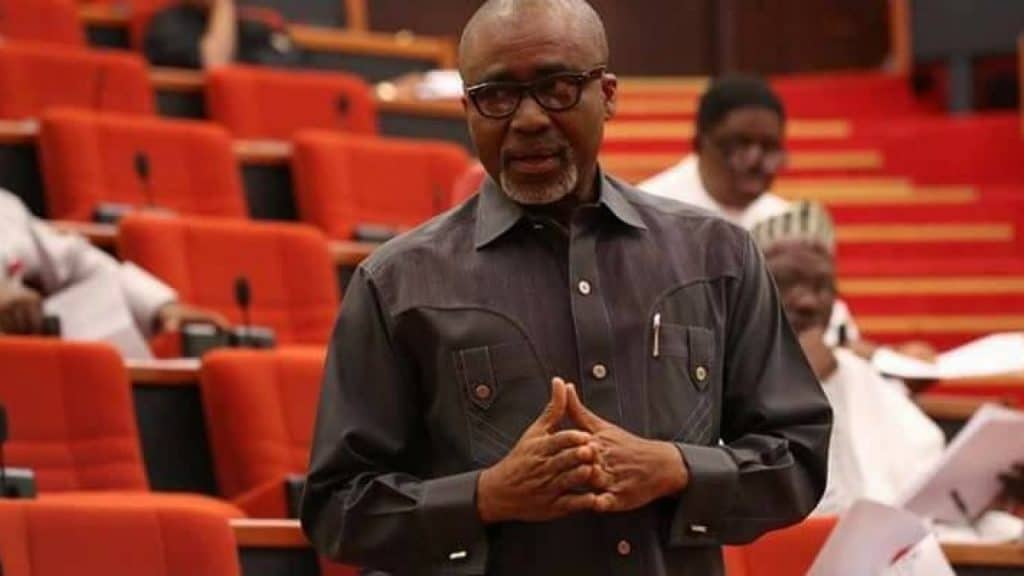 The Senate Minority Leader, Senator Enyinnaya Abaribe did not mince words as he condemned the National Broadcasting Commission for abridging the rights of Nigerians to free speech and warned it to refrain from arbitrary enforcement of laws it does not have.

In a statement by his Media Adviser, Uchenna Awom, against the backdrop of the imposition of a fine of N3m on three media houses, over their reportage of the Lekki shooting in Lagos, Abaribe said it was unfortunate.

He said NBC’s action ran foul of Section 39 of the 1999 Constitution of the Federal Republic of Nigeria as amended and as such must rescind its decision. Section 39 he pointed out specifically made it clear that “Every person shall be entitled to freedom of expression, including the freedom to hold opinions and to receive and impart ideas and information without interference”.

Continuing, the Minority Leader opined that Section 39 (2) also stated without equivocation that “Without prejudice to the generality of Subsection (1) of this Section, every person shall be entitled to own, establish and operate any medium for the dissemination of information, ideas and opinions”.

Senator Abaribe, therefore, asked the NBC to rescind the decision to sanction the broadcast stations on the basis that they violated the broadcasting code during the End SARS protest, particularly the alleged shooting of protesters in Lekki toll gate.

“The sanction is illegal, provocative and a clear case of willful abuse of power and a deliberate assault on the freedom of the press and free speech. This time as precarious as we know calls for deep introspection and empathy for victims and their families.

“It is not a time for this kind of illegal actions by the agencies of government, as no law passed by the National Assembly nor the Constitution gives the NBC powers to impose such sanctions”, he said.

Senator Abaribe nonetheless advised the three broadcast stations to approach the court for the enforcement of their fundamental rights in the circumstance.


« Hoodlums Steal Obafemi Awolowo’s Glasses From His Statue | Orezi On Palliatives: No Hope For Nigeria Until Politicians Start Going To Jail »