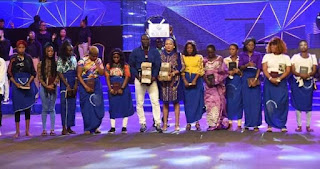 In a video shared on the internet and watched by
this medium, the founder of the church, Fufeyin had during a church
service asked people engaged in sex work (prostitution) to accept Jesus
Christ and turn from their ways. About 15 ladies answered the ‘alter
call’ and were led to Christ while being offered a Bible.

Fufeyin,
who decried that young people are being pushed into prostitution due to
the prevailing situation in the country, said apart from preaching the
gospel, people needed source of living to stop engaging in shameful
acts.

The prophet therefore offered the sex workers and a loyal
church worker about N15 million urging them to start-up businesses and
contribute meaningfully to the society and the nation’s economy.
Honestly, this is so emulating, this is Christianity. 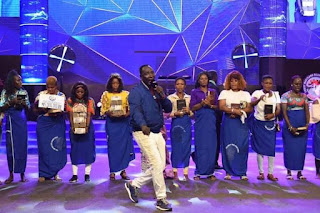 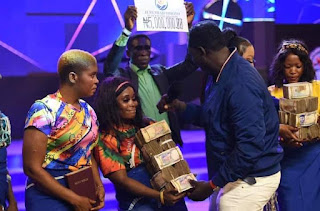 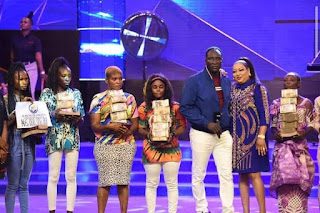 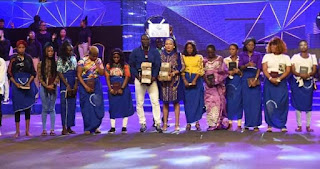 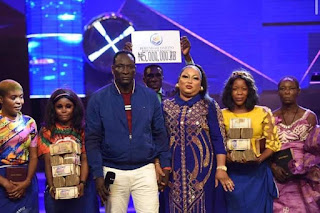 “It is not
enough for us to lead them to Christ. Some of these people have no one
to help them. Today, we are offering you this token through the Jeremiah
Omoto Fufeyin Foundation to support your chosen small-scale business,”
Fufeyin said.

Some of the sex workers, who expressed joy, saying
their lives took positive turn around noted that while they have been
tired of their situations, quitting has been impossible due to lack of
livelihood.

One of the beneficiaries, who identified herself as
Amarachi from Ebonyi State said she was not happy about being a sex
worker, adding that, “some of us are doing it due to frustration because
we do not have anyone to help us.”

According to her, the support has changed her life because of the dangers she usually encounters including fear of ritualists.
“We
might be killed. Sometimes it is God that saves us. I am happy about
what God has done today. If every man of God should put this into
practice, Nigeria will never remain the same,” Amarachi said.

She
disclosed that she would be starting up a restaurant while stressing
that there was need to save sex workers from the streets.
Identifying
herself as Favour, another beneficiary of the fund said she was tired
of being a sex workers, disclosing that she had engaged in the act a
night before the church service but was forced to church by her friend.
“I
am ashamed of it. People are already pointing at me on the street over
the job. I have been doing it for two years. I want to pledge with other
pastors to help people. With this money I will go into make-up and hair
business,” Favour said.