Posted by Anthony Celestine on October 10, 2020, Under: NEWS

Don Jazzy has joined the mass protest against the Special Anti-Robbery Squad (SARS). 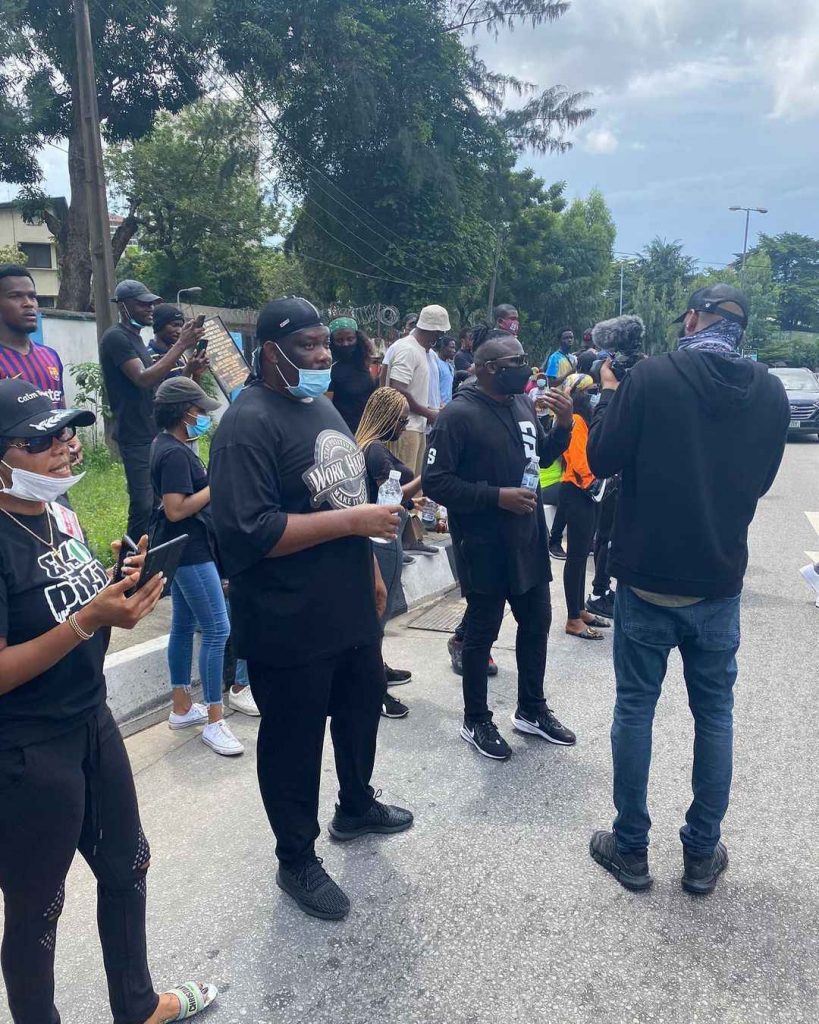 He confirmed it today, on Saturday via his official Instagram page. Sharing a video of him during the protest, Don Jazzy wrote:
“#EndSARS”

The Mavin CEO posted a video of himself walking alongside other protesters.
They stormed the residence of Lagos Deputy Governor, Hamzat to demand an end to SARS.
Other celebrities like Tiwa Savage, Timi Dakolo, Khafi Khareem, Noble Igwe, Calabar Chic, and VJ Ehiz from MTV Base were also there.