Posted by Daniel on December 7th, 2020 Under NEWS 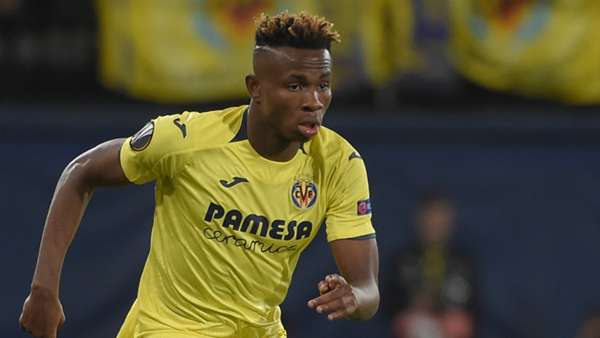 The 21-year-old made his sixth league start in the encounterÂ but could not build on his impressive performance against Sivasspor on Thursday.

The Nigeria international found the back of the net against the Turkish Super Lig club in their Europa League victory.

Against Elche, the winger formed a three-man attack for Villarreal along with Gerard Moreno and Alejandro Baena.

The Yellow Submarine overwhelmingly dominated the opening 15 minutes but failed to find the back of the net.

Chukwueze sentÂ a fine cross into the area but none of his teammates could make the most of the opportunity in his quest to help his side break the deadlock.

The best chance in the opening 45 minutes fell to Villarreal when they were awarded a free-kick after Antonio Barragan tripped Alejandro Baena, but Pervis Estupinanâ€™s effort was saved by goalkeeper Edgar BadÃ­a.

After the restart, Chukwueze was replaced by Paco Alcacer as Unai Emeryâ€™s men desperately search for a possible match-winning goal.

Before the Super Eagles forward was taken off in the 46th minute, he made 11 passes and had 19 touches on the ball.

The second half, however, continued in a similar way as both sides failed to breach each otherâ€™s defences in the encounter to settle for a share of the points.

With the draw, the Yellow Submarine are third on the league table behind leaders Atletico Madrid and Real SociedadÂ after gathering 21 points from 12 games.

Chukwueze has now made 15 appearances across all competitions for Villarreal in the current campaign, scoring two goals and proving three assists.

The forward will hope to deliver a more impactful showing in their next outing against Qarabag in the Europa League on December 10.