Posted by Daniel on September 16th, 2020 Under HOME, NEWS 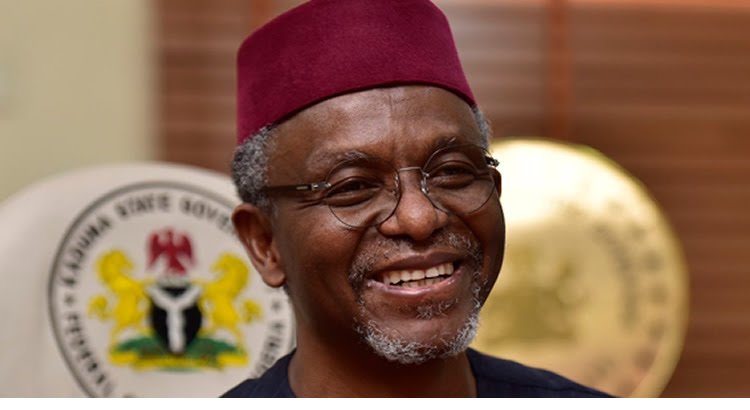 The governor is reportedly among those on the list of Nigerians banned recently by the US for stoking violence during the Kogi and Bayelsa governorship polls.

The petition initiated by a former presidential aide Reno Omokri on Tuesday was addressed to the UK Parliament, UK Prime Minister Boris Johnson, Council of the European Union and the European Parliament.

Igbere TV can confirm that more than 11,000 have signed the petition as of 4pm Wednesday.

Mr Omokri accused El-Rufai of being a threat to the peace and security of Nigeria for many reasons.

According to him, on December 3, 2016, the governor admitted that he paid herdsmen who had been accused of killing several persons.

“Since that admission, there has been an intense escalation of the killings of mostly Christians in Kaduna, and on August 25, 2020, suspected herdsmen abducted seven schoolchildren and their teacher from Prince Academy, in Kaduna. They have not been seen or heard of since then,” Omokri said. 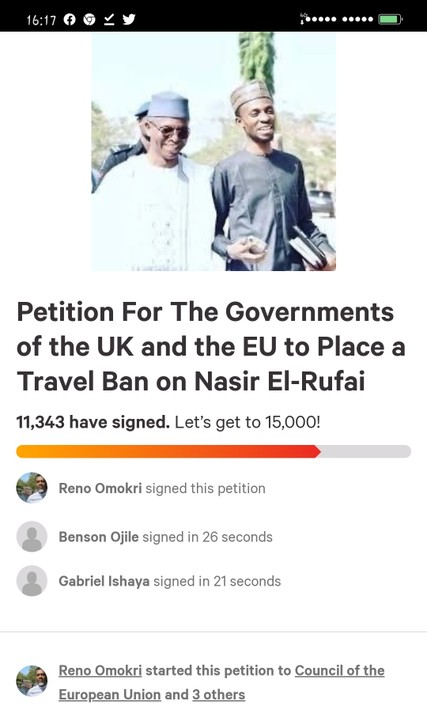